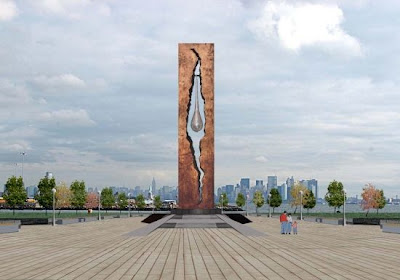 The arts in Jersey City have been in the news lately:

Jon Whiten and the energetic Irene Borngraeber, a sometimes contributor to this blog, reported in the Jersey City Independent that the Jersey City Museum received a $77,211 New Jersey State grant. Good -- but it won't go far toward a budget that's more than ten times that. The bad news is the city of Jersey City slashed the yearly funding for the museum by 25 percent, to $500,000!

The New York Times reported Robin Parness Lipson is trying to raise money for a New Jersey Museum of Contemporary Art. According to the Times:


Two years ago the [collectors Michael and Susan] Hort suggested that they might lend their collection, which includes pieces by John Currin, Chris Ofili, Elizabeth Peyton and others, to the Jersey City Museum, where Ms. Lipson was on the board, if the museum would change its mission to focus exclusively on contemporary art. Ms. Lipson loved the idea, but when the other trustees rejected her proposal, she resigned from the board and decided to go out on her own.

Finally, Al Sullivan of The Hudson Reporter reported that the Port Authority wants to move Zurab Tsereteli's "Tear Drop" sculpture (now known by the fittingly pretentious title: “The Struggle Against World Terrorism" - see photo above). Several years ago Jersey City residents successfully fought to keep it out of Jersey City; now I think we should re-mobilize to help keep it in Bayonne.
Posted by Charles Kessler at 1:08 PM