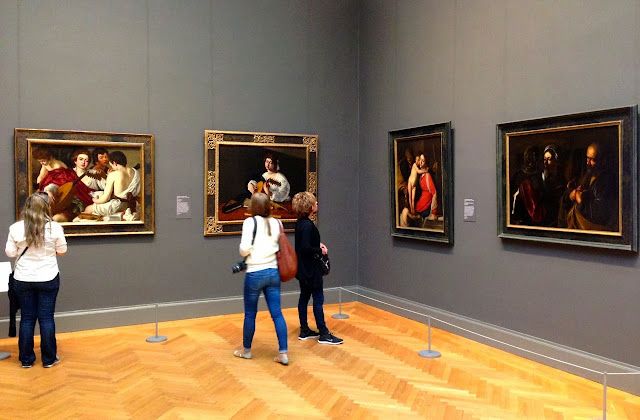 Posted by Charles Kessler at 8:48 AM 3 comments:

I'm embarrassed to admit how many times I've gone to the Whitney on a Friday morning, or the Guggenheim on a Thursday. Let's just say they were closed enough times that I decided to make a table of the hours of all the major New York museums. For your convenience, I'm sharing it with you.

Posted by Charles Kessler at 4:10 PM No comments:

According to NYArtBeat.com, there are 24 openings in Chelsea Thursday night. From my experience, there could easily be twice as many, and if it's a nice night, and if Rosh Hashana isn't a factor, the streets will be packed. Highlights include:


In Bushwick, according to the Bushwick & Ridgewood Gallery Guide (the most extensive and up-to-date guide), eight galleries are opening Friday night, six of them at the 56 Bogart building. Likely to be interesting are Richard Paul at Theodore:ART and Tim Spelios at Studio10, both at 56 Bogart. On Saturday, BTW, there's the opening of Deborah Brown's new large space, Storefront Ten Eyck, 324 Ten Eyck Street.

You can also expect a lot of openings on the Lower East Side Friday night when most of the galleries usually have their openings. Of special interest is "Cary Leibowitz (paintings and buckles)" at Invisible-Exports in their new space at 89 Eldridge Street (just above Grand); and "RICHARD KERN: Medicated, etc, " a photography exhibition and book launch at Feature Inc., 131 Allen Street (between Rivington and Delancey).

The best news is the Canada Gallery, on Friday the 13th, will open their new space at 333 Broome Street (between Chrystie and Bowery). The space has been a long renovation nightmare for them, and they will be opening with the work of Joanna Malinowska.  I love the gallery and wish them well.
Posted by Charles Kessler at 3:45 PM No comments: