Nimbus Dance Works, Jersey City
What I loved most about this street fair is everything was local.
Posted by Charles Kessler at 7:25 PM No comments:

There are THREE exhibitions of 1980's East Village art in New York now. While I'm delighted to see this work is at last getting some attention, not one of these exhibitions is comprehensive enough to give a feeling for what the art scene was like then.

The New Museum has devoted their small fifth-floor space to Come Closer: Art Around the Bowery, 1969 - 1989.  In some ways, the small crowded space is a good thing because it helps reinforce the casual, raw quality of the work and captures a little of the spirit of those times. It would be even better if they packed in more art — or better yet, crammed the entire museum full with this work, but unfortunately the New Museum has become too conservative for that.

The exhibition draws heavily on my friend Marc Miller's archive and his comprehensive website 98Bowery.com. If you want to learn about this period, you're better off going to Miller's website because not only is the amount of work in the exhibition insufficient, but the labeling and documentation are atrocious. Nevertheless, it is definitely worth spending time with this show since in a small way it does capture what the scene was like then. (If you want to see more photos of the show —The New Museum's site has only three — check out Tim Schreier's post here.
The most ambitious exhibition of the three (and it's not very) is Times Square Show Revisited at the Hunter College art gallery (68th Street — enter through the lobby on Lexington). It pulls together a small fraction of the art originally shown in the historic Times Square Show organized by Colab in June of 1980 in a run-down four-story building at 41st and Seventh Avenue.  The original show was a free-wheeling, not to say chaotic, installation of the art of more than 100 artists, and it included painting, sculpture, music, performances, film and fashion. The current show is sedate and tiny in comparison; and doesn't come close to capturing what the original was like. (A recent show that came closer to evoking that spirit, although with current art, was This Side of Paradise, a huge exhibition at the Andrew Freeman Home in the Bronx that took place last April. I wrote about it here.)
It was almost impossible to identify the individual works in the Hunter College show from the check list provided, but the explanatory wall texts were informative and the exhibition's website is excellent.

Crossing Houston, the third exhibition, is getting very little attention, and that's a mystery to me because it has works from the mid-1980's by such well-known East Village artists as Keith Haring, David Wonjnarowicz, John Ahearn, Rodney Alan Greenblat, Jane Dickson and many others. It was organized by Hal Bromm, Paul Bridgewater, and Gracie Mansion, who herself was one of the major figures of this period. The show, appropriately enough, is in the Lower East Side, in the former New York Studio Gallery, 154 Stanton Street at Suffolk.

The New Museum, or better still the Whitney, should do a major exhibition of East Village art. It's overdue.
Posted by Charles Kessler at 8:27 PM No comments: 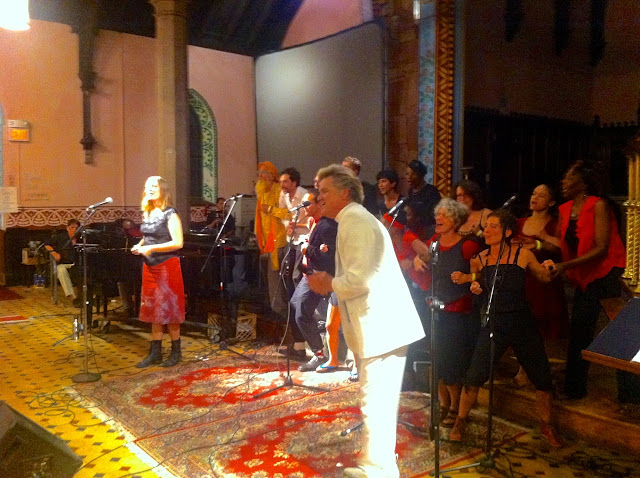 Reverend Billy & The Church of Stop Shopping Choir lifting spirits at a benefit for No Gas Pipeline last night in Grace Church.
Posted by Charles Kessler at 11:26 AM No comments: 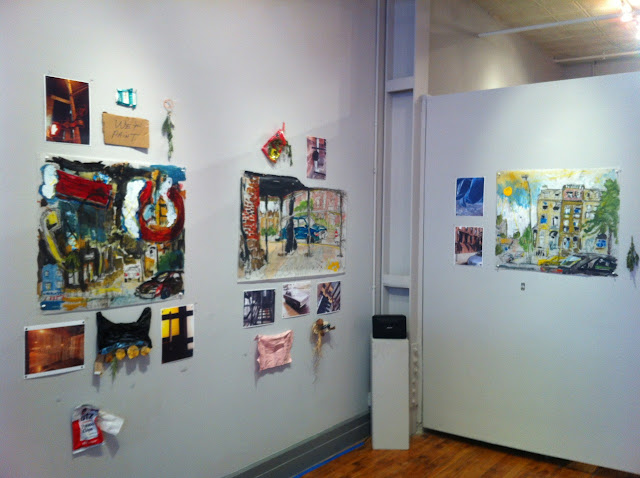 All and all, a pretty full weekend -- even for Bushwick.
Posted by Charles Kessler at 5:47 PM No comments:

An anonymous artist has been beautifying Monmouth Street in and around Fourth and Fifth streets in Downtown Jersey City. I suspect it's the same person who festooned the utility poles around Astor Place with plastic ties. Write in if you know who it is. 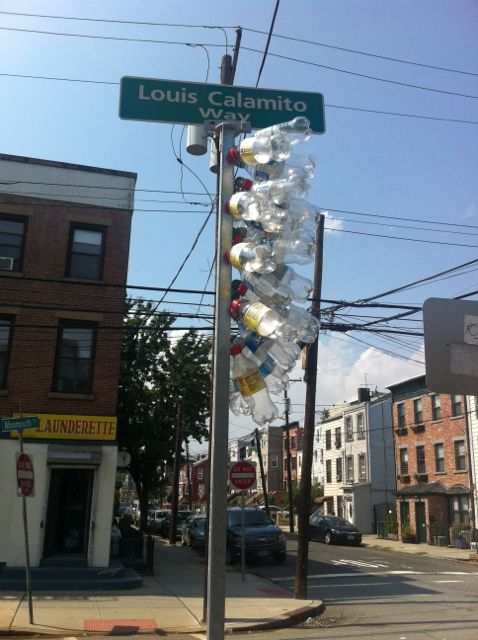 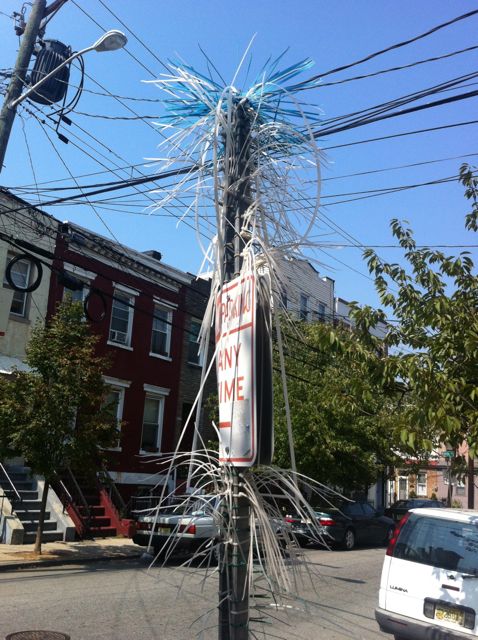 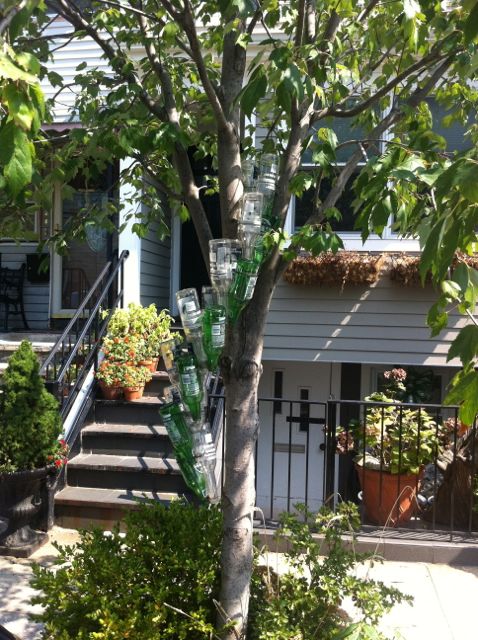 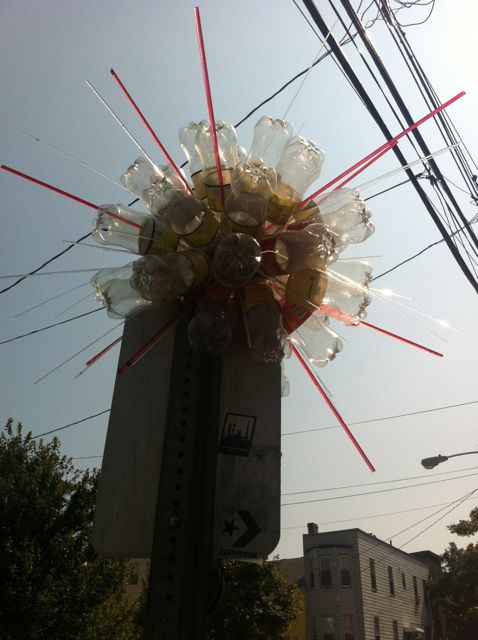 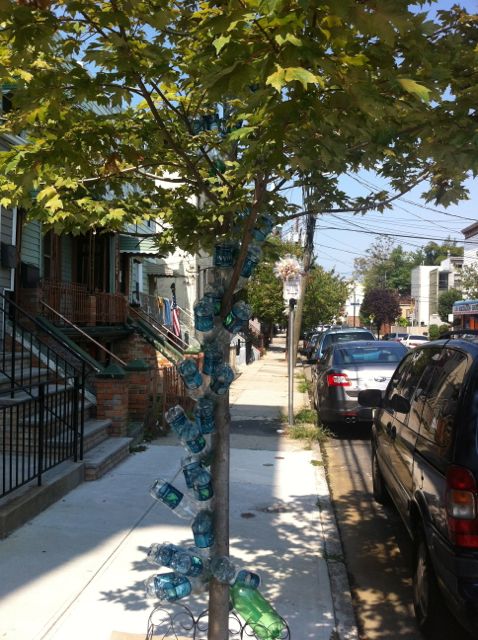 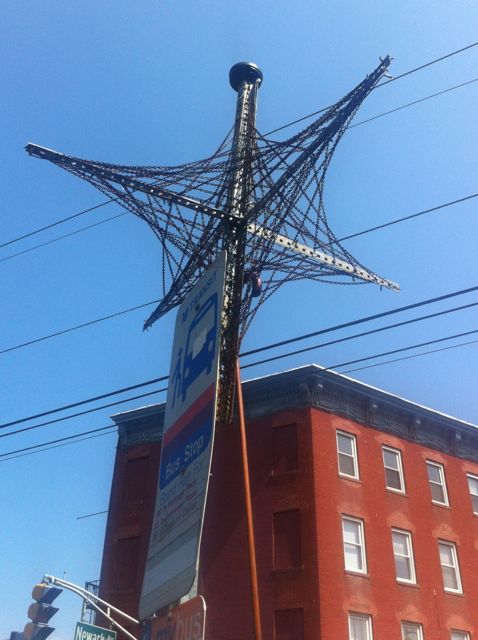 While taking these photos, I happened upon two of the three gorgeous sisters who call themselves the Big Hair Girls. They're local dog walkers and singers in a band appropriately enough called the Big Hair Girls. What better street art could there be? 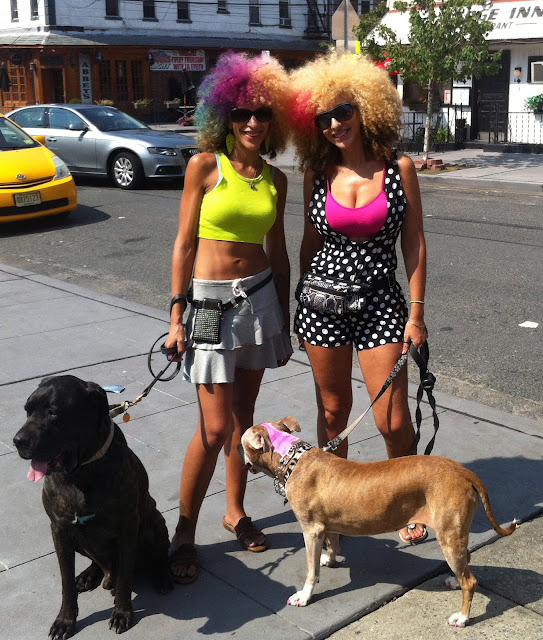