Artists not only influence other artists, they also influence curators, art dealers and collectors. Since Richard Tuttle’s retrospective at the Whitney four years ago, I’ve been seeing more and more work in galleries and museums that relates to his art. I’m not saying that Tuttle necessarily influenced the artists (in some cases the work precedes him) -- all I’m saying is there’s a lot of work being shown lately that may not have been shown had it not been for Tuttle's increased popularity.

Feature Inc. Gallery’s group show skulture is almost a catalog of Tuttle's influence (see photo below). Would work as fragile, goofy and subtle as this be exhibited five or six years ago? Maybe, but there's a lot more now. 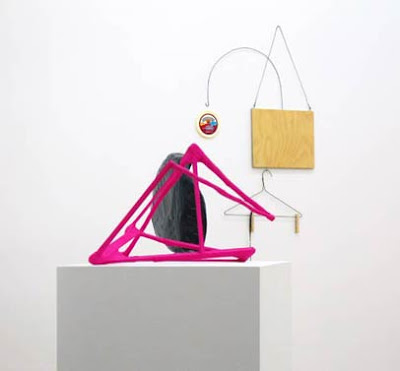 The Nicelle Beauchene Gallery in the Lower East Side (btw, they're in a new space -- 21 Orchard Street) just closed a group show, “ALMOST” , curated by Lance Goldsmith that was, to quote the press release, an exploration of suspension and fragility…. It included early work by Tuttle and the recently (and happily) revived veteran Alan Saret as well as several younger artists. The thing is, would Saret’s work look relevant now, after all these years, without Tuttle? Would there be interest in his work? Would it be shown?

In their small front room, Knoedler is exhibiting tiny works by James Castle, an outsider artist born in 1899, obviously not influenced by Tuttle, but the work looks fresh and relevant now, I believe, because of him. 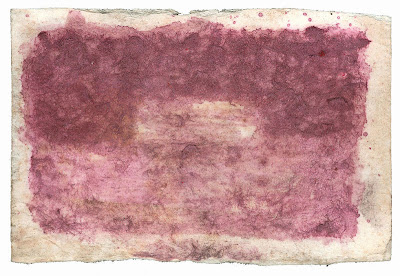 Posted by Charles Kessler at 1:36 PM