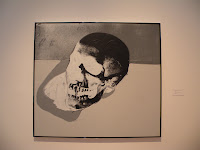 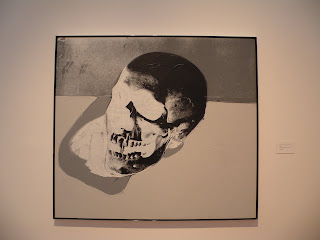 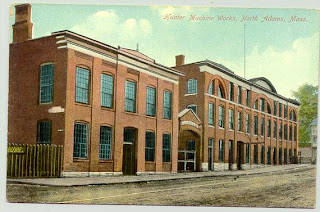 The city of North Adams, MA is situated in the northwest corner of Massachusetts. Once home to over 20,000 residents, this former industrial stronghold has seen its population decrease to approximately 16,000 in recent years.
Sprague Electric moved into the site for what would prove to be a forty-plus year occupation. During this time, North Adams essentially became a company town-- at one point, about a quarter of the city's workers were employed by the company. A distinct workers' society sprung up within Sprague-- replete with publications, parties, and banquets-- which won the loyalty of many, even as their unions only slowly managed to get Sprague to increase the wages and benefits offered by the company to its employees. The complex on Marshall Street-- largely vacated in 1986-- once again faced a period of uncertainty and transition, with many of its former workers left feeling betrayed and bitter by the company's evacuation and confused about what to do next. Although the idea of bringing in another manufacturer to take Sprague's place was bandied about, the potential for traditional industry endeavors in western         Massachusetts was rather limited, and instead plans for a new museum featuring contemporary art were developed, proposing to change the city's economic focus from traditional production-oriented facilities to one based on new "high" technologically-oriented fields and tourism. The Massachusetts Museum of Contemporary Art (MassMoCA) opened in 1998, after a decade-long battle to obtain adequate funding and iron out a feasible development plan. It proposes to provide a boost to the struggling economy of the city, but will not employ nearly as many people (at least directly) as its predecessors. The nature of the project also leaves many residents wondering how the character of their living environment will be affected by the project, and looking to the past to help explain the present and move on toward the future.   from the North Adams Research Guide
On the ride home from Mass Moca, I had a conversation with Mike Weins, one of my senior art students from Castleton State College, over the border in Vermont, about the strangeness of viewing a contemporary art show (the late Sol Lewitt’s wall drawings) that was scheduled to last for the next 25 years. Mass Moca had followed the precedent of decades long semi- permanent or permanent “contemporary” shows that Dia initiated in 1977 with Walter De Maria’s Lightning Field and Earth Room, This tradition is continued at Dia Beacon in upstate New York, another vast and formerly productive site of manufacture.
Dia: Beacon, Riggio Galleries  Dia was a pioneer in converting large industrial buildings for the installation of contemporary art—a practice now widely used by museums internationally. Dia’s latest such conversion, its museum in Beacon, is located in a former printing plant built in 1929 by Nabisco (National Biscuit Company).
Dia:Beacon’s expansive spaces are uniquely suited to the needs of large-scale installations, paintings, and sculptures. In keeping with Dia’s history of single-artist, site-related presentations each gallery in the museum was designed specifically for the art it contains. This includes Warhol’s 1978-79 multipart work Shadows, displayed in a single installation measuring approximately 350 linear feet; two of Beuys’s mixed-media installations, Arena—dove sarei arrivato se fossi stato intelligente! (Arena—where would I have got if I had been intelligent!), 1970-72, and Aus Berlin: Neues vom Kojoten (From Berlin: News from the Coyote), 1979, together with several of his Fonds (1979); Darboven’s monumental Kulturgeschichte 1880–1983 (Cultural History 1880–1983), 1980–83 (note: this work is currently deinstalled for conservation); De Maria’s multipart stainless steel sculpture The Equal Area Series (1976–77); selections from Flavin’s series of fluorescent light “monuments” to V. Tatlin (1964–81); and Heizer’s North, East, South, West (1967/2002), among others. The reflected north light from more than 34,000 square feet of skylights creates ideal viewing conditions, evidenced in the galleries devoted to the paintings of Kawara, Martin, Palermo, and Ryman.
Dia collaborated with American artist Robert Irwin and architect OpenOffice to formulate the plan for the museum building and its exterior setting and grounds. The plan includes an entrance court and parking lot with a grove of flowering fruit trees and a formal garden, both of which were designed by Irwin.   from Dia's website

The concept of a museum- mausoleum had congealed in our lifetimes like the hardening arteries of a distraught octogenarian college football player dreaming about his glory days suspended in nursing home disbelief. Joseph Beuys’ Social Sculpture ideal gets co-opted by picturesque representations of rustic Empire.
“They’re assimilating our present experience” I lectured Mike in a pedantic rant. "That’s the mission. The gift shop, even, really isn’t the point of commodification. The real commodity being exchanged here is our dead mental labor. There’s no actionable intelligence here my friend, that is, the time folded back on itself suffocates aesthetic aspiration.” He looked at me with respectful partial comprehension, as if to say ” Time must really matter to you dude ”.  “Yes” I telepathically replied,  "I’m much more sensitive than your nascent self to the stench of immortality waved beneath my nose, as if my lack of critical presence needs to be revived by an aura of contemporary art that retains its contemporaneous-ness, paradoxically ad infinitum."

From the factory complex gangways the  spirits of the makers chant:
We vacate the lofts and factories for all this silly stuff. We don’t drive no Mercury, or anything quite substantial enough. The welfare state of Wal-Mart has colonized our hearts. Any day there’ll come a cleansing Tide to return us to machine parts.

“Yes Mike, I hate to tell you, that your inheritance of facture is intact but virtually useless,” I grumble. He nods and looks ahead.
We pass by Greek Revival farmhouses and low security correctional facilities. The sunset evokes a Sanford Gifford.
Posted by Tom McGlynn at 6:57 PM

How true it is. Maybe someday Wal-Mart will go out of business and will turn into an art museum. But if Wal-Mart goes out of business then we are in serious trouble!
He looked at me with respectful partial comprehension, as if to say ” Time must really matter to you dude ”-After graduation I realized how fast time goes by and how important it is we take hold of what we have now and make the best of it.
-Mike Weins