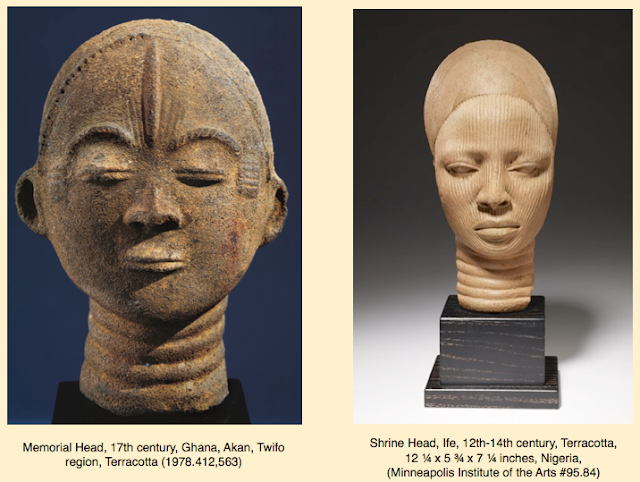 Heroic Africans: Legendary Leaders, Iconic Sculptures (until January 29, 2012) at the Metropolitan Museum of Art is a show of African art that took my breath away. The exhibition is a little hard to find. It’s in gallery 199 where some of the museum's changing exhibitions take place, just off of the barrel-vaulted hallway south of the main entrance where the large-scale Greek and Roman sculpture is on display. This is a major international exhibition that gathers more than one hundred rare works from many museums in the United States as well as collections in Germany, Switzerland, Belgium, the United Kingdom, Portugal and France. The show is a big deal and not to be missed. 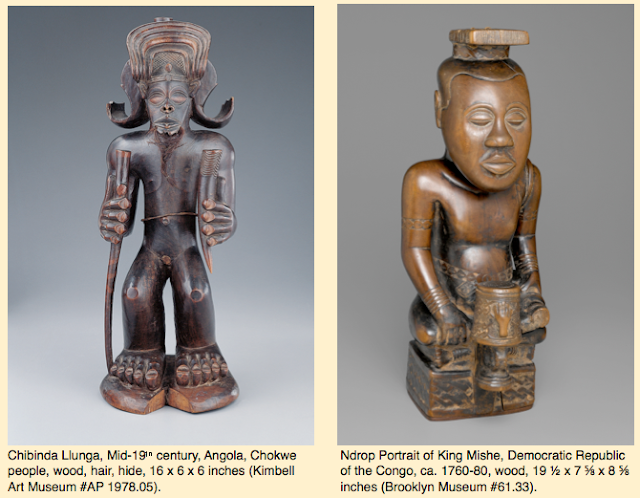 The sculptures, the embodiment of an ephemeral oral history and tradition, evoke and idealize important people from Africa’s past. In addition to the art, there are about twenty documentary photographs, mostly postcards from the early 20th century, of tribal leaders, kings and their retinue, and other important people.
Unfortunately I haven’t been able to find any good reproductions of the dramatic highlight of the show — an astounding twenty-two full-sized figures made in the nineteenth century by Hemba masters in the northeastern Democratic Republic of the Congo. Go see them in person if you can.
Posted by Charles Kessler at 5:57 PM