The Art World as a Subculture

Since reading Seven Days in the Art World by Sarah Thornton and Paper Monument’s droll pamphlet on how to behave in the art world, I Like Your Work: Art and Etiquette, I’ve been thinking about how the art world, at least the art world I’m familiar with, is a subculture.

Although Sarah Thornton spent five years researching her book, the conceit is that she spends one day in each of seven different art venues: Christie’s auction house, Michael Asher’s class at CalArts, Basel art fair, Turner Prize jury, Artforum, Takashi Murakami’s studio and the Venice Biennale. (Significantly, she skips art museums as a venue, probably because her emphasis is on the art market.) She takes an anthropological approach to the subject. Here are some excerpts:

p. 58: Although the art world is frequently characterized as a classless scene where artists from lower-middle-class backgrounds drink champagne with high-priced hedge-fund managers, scholarly curators, fashion designers, and other “creatives,” you’d be mistaken if you thought this world was egalitarian or democratic. Art is about experimenting and ideas, but it’s also about excellence and exclusion. In a society where everyone is looking for a little distinction, it’s an intoxicating combination.

P. 88: Unlike other industries, where buyers are anonymous and interchangeable, here artists’ reputations are enhanced or contaminated by the people who own their art.

P.118: Artists are meant to find their own paths, make their own rules, and compete with themselves. If they develop a habit of looking over their shoulders, they risk being derivative. But if they are completely ignorant of the hierarchical world in which they operate, then they are in danger of being outsider artists, caught in the bog of their own consciousness, too preciously idiosyncratic to be taken seriously.

And the Paper Monument pamphlet, although tongue in cheek, has some astute and funny insights such as this on introductions at art openings: Within the art world, this form [an introduction] is made even more complex by the ambivalence with which the art community views professionalization. In less rarefied social contexts, simple devices, such as the name-tag, are used to ease the difficulty of introductions. And this on proper dress:  Artists are not only permitted but are in fact required to be underdressed at formal institutional functions. But egregious slovenliness without regard to context is a childish ploy, easily seen through.

I’ve come up with some other miscellaneous observations about the art world, at least the New York fine art subculture. Please keep in mind, I’m not saying these things are good or bad; I’m just having some fun pointing them out.

Continuing with dress: that artists dress more casually than dealers or collectors might explain why Jeff Koons's suits are so disconcerting. And do you remember in the mid eighties when it was fashionable for dealers to wear a suit and shirt without a tie, but with the top buttoned? There was something creepy about that. And finally, it’s no longer considered appropriate to go to openings disheveled and in paint-spattered clothes. Good looking has become fashionable (go figure) -- just check out Williamsburg on a nice Saturday afternoon.

Unconventionality in general is more acceptable in the art world. For artists, it’s more or less expected, less so for dealers, curators and other people in the art world, and even less for collectors. Tolerance for a wide variety of lifestyle choices and living arrangements is much greater in the art world, although it seems drugs and alcohol, especially if consumed in immoderate amounts, is becoming less acceptable. Racism, sexism, homophobia and conservative politics in general, are unusual in the art world, if not totally taboo.

Jargon can seem ridiculous, but it also serves a purpose. It can be a useful short-hand for talking about ideas common to a group. For example, in the art world the word “ironic” has unique and multiple implications related to Post Modern Art. The language specific to a subculture can also serve as a clue revealing whether or not a person is part of the subculture — an auditory secret handshake, so to speak. For example, if someone uses "arty" to mean "artful" or "artwork" instead of either "art" or "work," or "showing" for a show or exhibition, it sends off warning bells that this person isn't really part of the art- world subculture. There may be better examples than these, but the general point is true. (I’ll leave a discussion of snobbery, elitism and arrogance for another post.)
For amusing samples of art world jargon, check out Concepttshirts, a British website that randomly generates art jargon (which they charmingly call "art bollocks").

The art world has an idiosyncratic approach to money: it isn’t everything — it’s not even the main thing. For artists, the respect of other artists and other people who care about art, and the feeling that they are contributing to a fine art tradition that goes back thousands of years, is more important. Collectors can't buy their way into the art-world subculture, and those who try become a butt of ridicule. And there is an acknowledged ladder of success that doesn’t necessarily involve more money, climbing from the first group show in an alternative space, to a solo show in a gallery, to a retrospective in a museum, etc., with many steps in between. And finally, there are some ways of making money that are more acceptable than others. Earning a living as a designer or carpenter or an art teacher, even if they’re full-time jobs, is okay, but it’s not considered legitimate for artists to support themselves as a doctor or a lawyer. Writing art criticism used to be frowned on (Barnett Newman was considered suspect by his colleagues because he wrote about art), but thanks to Don Judd and others, it’s become acceptable. Likewise, it’s okay for an artist to be an art dealer now.

There are rules to the art market game. The Financial Times had a well-researched article on Annie Leibovitz and the repercussions of her not complying with accepted art-world business practices. Leibovitz is at least as good as other fashion and society photographers such as Richard Avedon or Irving Penn but can only get a fraction of what they get for their photos. According to the article: The problem is that, as Jeffrey Boloten, a managing director of the ArtInsight consultancy in London, puts it: “You do have to play by the art market rules.” That means working closely with auction houses and galleries and doing what they tell you, from making small limited editions of your prints to signing and marketing them adeptly.

Some miscellaneous observations on what’s uncool for galleries: 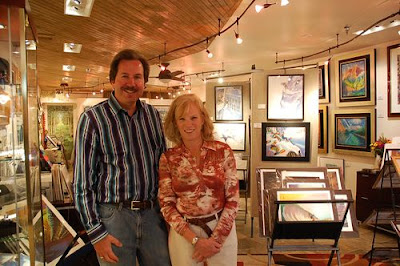 Some miscellaneous observations on what’s uncool for artists:

Again, I’m not judging these things -- I’m just pointing them out. If you have any observations to add, please comment.
Posted by Charles Kessler at 3:23 PM

"Arty" I've used this word in a negative way to describe a work of art as being too self-consciously made. It can mean that it looks like art but it is not up to a certain standard.It's a work that's lacking aesthetic integrity or derivative.