Via Laura Collins-Hughes in ArtsJournal came this photo of artist Jason Shelowitz’s official-looking, MTA notice. I love that it’s next to a Tom Otterness sculpture.

Christopher Knight raises an interesting question about the need for, or even desirability of, natural light in a contemporary art museum. And Nicolai Ouroussof (am I the only one that finds him difficult to understand?) of the New York Times adds:  ...the perforations in the skin will make the sunlight mottled and uneven. And forget hanging art on most of the exterior walls. My guess is that after the first show, the entire wall will simply be boarded over, and you’ll never see it again.

The Metropolitan Museum has come up with a unique way to reach out to a broader audience, or at least better engage the audience they already have. They launched a new program called Connections where members of the Met’s staff use images from the Met’s collection to explore various broad topics such as virtuosity, the ideal man, the ideal woman and religious art. I looked at most of them and found them entertaining and insightful, but I especially appreciated their enthusiasm.

Speaking of the Met, a few weeks ago the Times reported that after a year of restoration the Met is now convinced that their controversial full-length portrait of the young King Philip IV is indeed by Velazquez. I checked it out yesterday and I’m not impressed. I’m not qualified to judge, of course, but when compared to the other Velazquez paintings nearby this looks pretty weak. 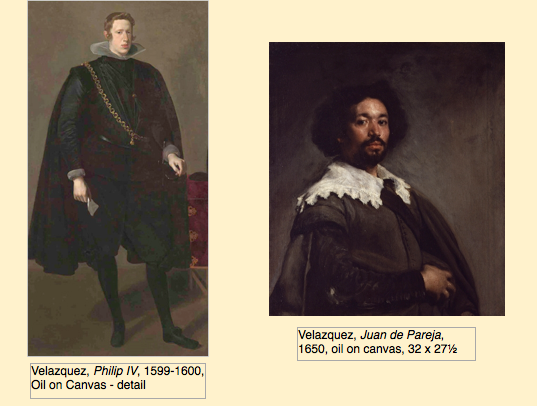 Jonathan Jones has a funny (in a dry British way) post in the Guardian about Jeff Koons suing the manufacturer of ballon dog toys: It's funny, of course, at least if we believe those reports – the idea of an artist who so enthusiastically guzzles up images from the world around him asserting unique ownership of one of them. But I wonder if Koons has a point. I can imagine that he gets genuinely annoyed to see his influence in so many toys, souvenirs and even design objects without the least hint of acknowledgement.

Here's a thoughtful post by Ben Davis in ArtInfo where he discusses the current predominance of art news over art criticism.

And here's a bit of good news: a relatively new nonprofit, United States Artists, was formed to solicit donations to support work by artists. From their website: Supporting outstanding artistic talent has been realized by the USA Fellows program over the past 5 years. By the end of 2009, 213 artists had been named USA Fellows, each receiving a grant of $50,000, for a total of direct investment in artists equalling $10,000,000. USA's investment funded new dances, poetry, films, theatrical productions, musical compositions, paintings, sculpture, and more. Worldwide audiences of all ages have encountered these stimulating new works in galleries, on stages, in print, and online.

Since support for the arts, at least support for those making art, is no longer a government priority, this is an alternative — an insufficient one, but something.
Posted by Charles Kessler at 4:31 PM