Art and the Market Economy 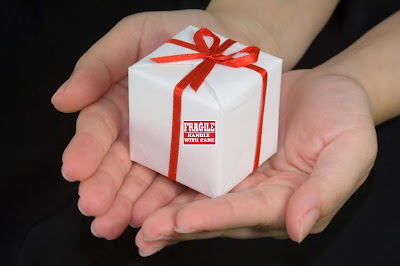 I've been thinking more about my recent post on Mark Rothko and his conflicts with the art marketplace. Those were tough times, and Rothko was an extreme case, but even today every artist I know has an uneasy relationship to the art market. And artists still have mixed feelings about financially successful artists.  Its not just jealousy at work either - in subtle ways there’s a feeling that making money on art is suspect; that art isn't a commodity - or at least it's not just a commodity.

Lewis Hyde’s 1983 cult classic, The Gift: Creativity and the Artist in the Modern World, provides some insight into the difference between market and gift economies - especially the last chapter of the 2007 revision which updates the book and is more nuanced and realistic.  According to Hyde, a traditional gift economy is based on the obligation to give, the obligation to accept, and the obligation to reciprocate.  He describes the spirit of a gift economy (in contrast to a market economy) as a gift culture where reciprocity is a broad community custom, rather than an explicit quid pro quo. (For our purposes, the word contribution might be a better, less confusing, term than gift - used in the sense of a contribution to a scholarly journal or conference, or a contribution to the advancement of something.)

Obviously the market economy has its good points: it’s efficient, it can deal with strangers (you can do business with people outside the tribe) and there’s no lingering sense of obligation - the only obligation is to pay the agreed-on price.

But unfortunately, since the end of the Cold War, the market economy has overwhelmed the gift economy. Public functions have been privatized, universities have been selling the technology created there, there’s been an expansion of copyrights (thanks to Disney), and the rich think of themselves as self-made (Warren Buffet a prominent exception), forgetting the contribution society has made to their wealth: infrastructure, education, enforcement of contracts, etc.. (I wonder how well these “self-made” millionaires would do in Haiti?) Even worse for the art world is that quality has been confused with financial success. About the only exception to this trend, and it’s a major one, is the internet, with things like the open source movement (e.g., Linux, Wikipedia, etc.), and of course blogs - all of which have created large, vital and cooperative gift communities.

The market economy is not good at supporting education, hospitals, libraries, pure science and scholarship, public service, the humanities and the arts. Democratic communities that value these things tax themselves to support them.  And it’s not been very good at creating a cooperative community. (I don’t mean a buddy-buddy thing - although there is that too - but more a professional relationship.)

Artists (fine artists, not necessarily folk, commercial or outsider artists, although the fine art tradition often expands to include these), like scientists and scholars, are part of a tradition that goes back thousands of years, and to contribute to this tradition it's necessary to build on the past. Artists need to exhibit, at least try to, in order to contribute to the tradition. That’s why successful artists who pre-sell work still want it exhibited; and that’s why there’s a long tradition of artist/teachers and apprenticeships.

I’m not saying that  artists should give away their art (that’s why I don’t like the term gift). But artists need to separate making a living from making their art. Artists need to reserve what Hyde calls “a protected gift-sphere” in which the work is created.
Posted by Charles Kessler at 3:23 PM

This post was very helpful for me, as I've been wondering what happened to the liberal arts in our institutions of higher learning--they've been left behind, because they've got nothing to offer to the market economy, or very little to offer in any case. No wonder students and their parents are now referred to as clients!

This was a very difficult post to write -- I’ve been working on it off and on for months and I ended up with only 631 words! Was it Mark Twain that said: "I didn't have time to write a short letter, so I've written a long one instead." I’m glad you found it useful.