The Vatican authorities are in conservation crisis today because they stripped the Sistine Chapel frescoes bare in the 1980s and 1990s. They did so against material and historical evidence that Michelangelo had finished off his frescoes with additional glue or size-based a secco painting. That original, autograph material was removed in full knowledge that the stripped-down bare fresco surfaces would thereafter be attacked by atmospheric pollution unless given some other protective covering. An attempt to coat the frescoes with synthetic resin (Paraloid B72) was abandoned leaving some surfaces clogged and the rest unprotected. The authorities then promised to install hi-tech paraphernalia that would somehow prevent the polluting atmosphere from making contact with the Chapel’s painted walls and ceiling. As was shown in our previous post, that cockamamie promise was not delivered. Today, in a chapel increasingly over-crowded with paying visitors, these stripped-down frescoes stand in greater peril than ever.

From Artinfo is a a brief summary of  20 Must-Watch Artist Documentaries. I saw Ballets Russes three times, and it's an absolute delight — but every one of the movies I saw (nine of them) was at least interesting. Sometimes the movies were better than the artists they documented (Gerhard Richter  - Painting and Ai Weiwei: Never Sorry), and in one case (Cave of Forgotten Dreams) the art was much better than the movie. One documentary I would add to the list (in spite of the movie's narrow focus and John Baldessari’s pomposity) is “The Cool School” (2008) about the LA art scene in the 60’s and 70’s. 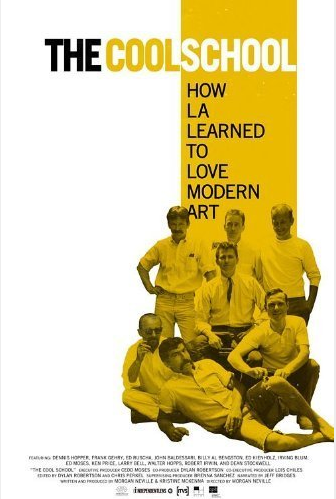 Also via ArtInfo is this heartening article in the Wall Street Journal about the Peabody Essex Museum successfully building an endowment in order to be relatively independent of the ups and downs of annual donations. Seems like the responsible thing for all non-profits to attempt, but, to quote from the article:


It sounds simple enough. But conventional wisdom in the museum world dictates that raising endowment money is too tough to tackle. "It's a self-supported vicious circle that we have gotten ourselves into as a field," Mr. Monroe [Dan L. Monroe, director of the museum] says, "that people will only give to a new building where they can put their name on it." When annual contributions come up short, both museum staffers and trustees tend to look first at ways to increase earned income—raising the price of admission; staging blockbuster exhibitions to draw more visitors; building destination restaurants; renting out event spaces and "renting" works from their permanent collections to other museums.

The Outsider Art Fair, 2013 (it ended February 3rd) has stirred some interesting discussions. Roberta Smith, Jerry Saltz (in his strident manner) and others make the case for integrating folk and outsider art into museum collections.

… pre-20th-century folk art is every bit as good, as a genre, as academic art of the same period, and in some ways far more original and vital. Its strengths lie not in its adherence to reality but in its enlivening deviations from it. For another, the distinction between folk and academic can be blurry, more a matter of degree than either-or. Third, this segregation results in galleries of academic 19th-century American art that are predictable and monotonous, effectively deadening the works on view and shortchanging the viewer.


Also on the subject of Outsider art is this Hyperallergic article by Jillian Steinhauer about Henry Darger’s 15,000-page novel.
***

The Google Cultural Institute's mission is to help preserve and promote culture online. It can keep you happily occupied for a very long time. Here are some of their projects and collaborations:

And in another technological achievement, the British Museum has fully digitalized its Leonardo da Vinci manuscript, the Codex Arundel, 1478-1518.

The Guardian’s Jonathan Jones decries British provincialism in Why American modern art blows British talent out of the water:

,,, the very British modern art of Tracey Emin or Damien Hirst earns mileage from the fact that people don’t know enough about a giant such as Rauschenberg. Indeed, Emin’s bed was a rehash of a work by Rauschenberg. The same American giant was using stuffed animals to hilarious, provocative effect in his art decades before Hirst pickled a shark.

The United States has very little of the art of Piero della Francesca, one of the great founders of the Italian Renaissance, and almost all of Piero's paintings in the United States come from one altarpiece Piero painted for the Church of Sant’Agostino in Sansepolcro — an altarpiece that was disassembled around 1555. This small jewel of an exhibition, "Piero della Francesca in America" at the Frick Collection (until May 19th), remarkably reunites six of the seven existing panels (including one panel from Lisbon) from this altarpiece.
Serving as the cherry on top is an imposing painting, also from Sansepolcro but not part of the altarpiece, the Sterling and Francine Clark Art Institute's rarely lent masterpiece, Virgin and Child Enthroned with Four Angels.
If you can't see this exhibition, be sure to explore the Frick's informative exhibition website. There you will be able to view high-resolution images plus and excellent interactive hypothetical reconstruction of the Sansepolcro altarpiece.