A Week at the Met

Holiday visitors to New York will do well to just spend all their art-viewing time at the Metropolitan Museum of Art. In addition to sixteen small exhibitions (not a typo!), here’s what's on view now: 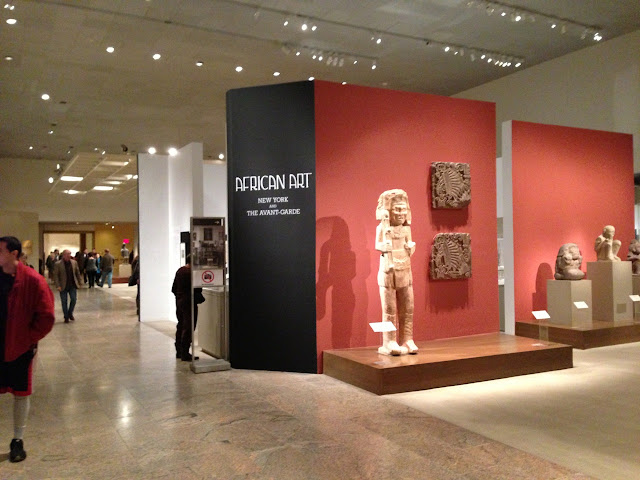 And of course the Met’s outstanding Matisse show, In Search of True Painting (until March 17, 2013) — I haven't recovered quite enough to write about it, but I'm getting there. My third visit should do it.

But I do want to write about the Met's Bernini: Sculpting in Clay (until January 6, 2013).
Bernini probably made several thousand of these terracottas, but since they were thought of as rough drafts for his marble and bronze sculptures, not as works of art of any worth, only 52 of them are known to have survived. A remarkable 39 of these, and 30 related drawings, are in this exhibition. To the contemporary eye, these clay studies are significant works of art in themselves rather than a disposable means to an end, and they are prized for their liveliness, for the personal touch of the artist, and for the raw physicality of the materials.

I haven’t found any edifying reviews of the exhibition, and the Met’s exhibition website, ordinarily a fount of information, is mysteriously sparse. The exhibition catalog, as one would expect, is scholarly, detailed and filled with photos — but it's a pricy $65. There is, however, a nook where you can sit down and comfortably peruse the catalog.

The best free information I found is the Met’s press release, which isn’t easily accessible, but you can find it here.  As for photos, the exhibition site has four instructional videos, but only ONE photo; and taking photos of the exhibition is verboten. But to give you a taste of the work, here are some photos I took from the exhibition catalog with my iPhone, and some images from the invaluable website of Harvard University's Fogg Art Museum (they contributed 15 terracottas to the exhibition).
Posted by Charles Kessler at 1:40 PM