A Note on Pop Art: 50 Years and Counting 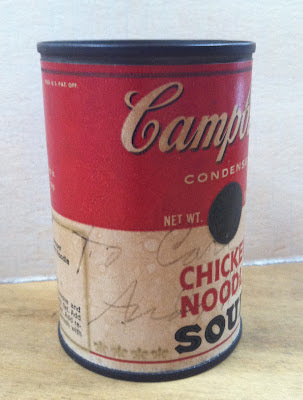 A half-century’s now passed, yet I vividly recall the excitement we felt when Pop Art happened in the New York art world at the start of the 1960s. And exciting it was, especially among the generation of artists, critics, curators and art historians who, like me, were entering the field at that moment. Exciting, in part, because the new art was up for grabs, it hadn’t been claimed, as Abstract Expressionism seemed then to have already been claimed, by patriarchs like Clement Greenberg, Harold Rosenberg, and Thomas Hess. Exciting, too, because its link to everyday experience, to billboards and soup cans and comic books, made it immediately accessible, even fun, in sharp contrast to AE’s seriousness of purpose and sometimes unfathomable depth. In addition, but by no means least among the excitements it stirred, Pop’s accessibility also extended to the art market, its product was inexpensive, it could be acquired and lived with for the equivalent of a new suit when a new car remained out of reach.

Amid such excitements, Pop at the same time incited voices of discontent. Its bark on behalf of the commonplace was said to recall Dada, but it lacked Dada’s political bite and was therefore found wanting. It was said to be flawed as art because it only duplicated the look of the supermarket display and the tabloid front page, it failed aesthetically to transform them. And it was even dismissed out of hand--by no less than Greenberg himself--as a phenomenon belonging not to a proper art history but merely to the history of taste.

Greenberg was right and wrong. Right, insofar as Pop wasn’t first of all about art, it didn’t engage the formal probing and stretching that had characterized modernism’s urge to meaning since the middle of the 19th Century, it mostly adopted the formal tenets that modernism currently practiced, and thus was it considered tangential to modern art’s history. Which is very much the way kindred predecessors such as the Surrealists were regarded at the time of Pop’s happening, and the same was true even of Pop Godfather Marcel Duchamp, who at the beginning of the century had appropriated Cubism’s shallow space and shifting planes to structure his stories about nudes descending a staircase, chess players in competition, and a virgin transforming into a bride stripped bare, but who then abruptly retired from art-making in favor of playing chess himself, becoming in the process an artist interrupted: a fascinating but marginal figure, a major-minor player rather than a force, within the big art historical picture as it was viewed through Greenberg’s modernist prism.

What Greenberg got wrong was in large part a function of what he got right, which in both cases derived from a vision of art historical change based on the model of a mainstream and its tributaries. It was in the mainstream that formal originality powered art forward and in doing so regularly shaped our understanding of its history, at times even prodding a rewriting of that history--as Abstract Expressionism was in the process of prodding a rewriting of the late paintings of Claude Monet at the very moment when Pop appeared. All of which Greenberg surely knew, yet he wrote Pop off as just another example of our culture’s capricious, ever-changing taste. He dubbed it “far out” to indicate it was vanguard in appearance only, and he accordingly judged it as ephemeral, a blip on the radar screen the way Dada had been. It deserved maybe 15 minutes of our attention, but it didn’t affect the writing of art’s history.

Except that it did. From the outset, Pop was more widespread than any cultural alternative we’d previously seen. There seemed overnight to be Pop artists on every street corner and Pop pictures everywhere we turned, in gallery and museum exhibitions and in the media, nationally and internationally. And when the initial excitement about it waned, when the buzz subsided, and when the media spotlight moved inevitably to the next great thing, we realized that Pop had ushered in a sea change of historic proportions.

To wit: Independence from elite culture had been declared, modernist hegemony in turn had been ruptured, taste had become democratized, and each of us had been set free to indulge without external sanction--and without the guilt and anxiety it engendered--the artistic excitements and pleasures and entertainments that piqued our interest;  free to enjoy Andy Warhol’s gaudy Marilyn in tandem with Mark Rothko’s somber abyss; even free--pace Clement Greenberg--to couple avant-garde and kitsch, to listen to tunes on a headset, say, while cruising art’s history at MoMA or the Met or the Frick Collection. Free, as well, to read artworks without regard for the artist’s intent and to conjure our personal histories of art based on those same favorite pleasures and excitements--the way Roy Lichtenstein did over a span of four decades as he served up his versions of classic ruins and romantic sunsets and Mondrian look-alikes and Abstract Expressionist brushstrokes and riffs on Surrealism and Cubism and Art Deco and Chinese landscapes, and in doing so produced an art historical panorama as entertaining as any theme park at Disneyland or anywhere else.

As a crown upon these abundant excitements, finally, the new democracy of taste decade by decade spread steadily into the art market, at each heightened level bringing gasps of breathless wonder as collectors exercised their freedom to pay as much or more for an Andy Warhol as for a Jackson Pollock, as much or more for a Lichtenstein brushstroke inspired by Willem de Kooning as for a de Kooning itself, as much or more for all kinds of cultural commodities that nobody among us--at least nobody among 99% of us--could previously have imagined. True, Pop was inexpensive in the beginning, but its humble origin in the market only enhanced the creation myth that was pitched on its behalf, a myth that gradually accrued the iconic status of an investor’s fairy tale about free enterprise and the American Dream.

So Pop was a blast, and we reveled immediately in its exploits and rushed to absorb its message. We looked at Duchamp anew and watched his enormous influence catapult him into the exclusive company of Matisse and Picasso. We rediscovered Surrealism, not in the dreary nightmares of its founding fathers, but right in front of us, in the marvels of America’s everyday mass media culture and dazzling technology. We everywhere saw photography as it blossomed in a veritable renascence of theory and practice. Modern art’s arena seemed suddenly to have been leveled and expanded, no longer was modernism by itself in the spotlight, no longer did we have a mainstream and its tributaries. The non-hierarchical structure of modern society that Greenberg had insightfully found mirrored in Pollock’s overall pictures had come full circle to the gates of the elite world of modernist art. Our methodologies for dealing with both the modern and the modernist art of our time were in turn affected. In the face of Pop’s celebration of everyday subjects and instant access, formalist analyses were felt to be inadequate, even irrelevant. From the outset, news about Pop told us about the artists’ backgrounds, how Andy Warhol had been a commercial illustrator, how James Rosenquist had painted billboards. Constantly reminded that artists made art while living in the real world, at particular times and in particular places, we wanted increasingly to know how those factors affected the objects they made. Increasingly, then, the formalist autonomy of the object yielded to studies emphasizing the context of its creation.

Pop arrived like a blast of fresh air, welcome and invigorating, and it remains in many ways synonymous with the upbeat aspect of the 1960s. But like the 60s as a whole, not all of Pop, let alone all of its postmodern progeny, has always worn well or been all that it was advertised as being. Not for me, anyway. I sometimes fret, for instance, about the high/low union: Warhol and Rothko may both flatten me, but in radically different ways that are in no way interchangeable. Having come to art via the study of titans like Velasquez and Rembrandt, Manet and Cezanne, Matisse and Picasso, I also fret over news about the death of the author, for I have not the arrogance to assume the author’s stead. I fret further about the claim that artworks need only be interesting when experience tells me they can be, even urge to be, meaningful. Art as entertainment likewise makes me fret, so I reach for the remote. In the grip of our media culture, even the democratization of taste occasionally makes me fret about our being marketed ever more products in the name of cultural pleasures and excitements and thereby pitted against one another in competition for more artistic toys--and becoming in the process more divided from one another, more alone. And naturally I fret about the democratization of the art market, about large sums of money being equated with artistic quality or entitling museum trustees to dictate what their museums collect and exhibit.

But in closing, let me assure you that I’ve made my peace with the market: I have at home a Campbell’s soup can, chicken noodle, signed with my name by Andy Warhol and given to me by a friend in 1966. When I saw a similar can in an auction catalog 25 years later with a $2500 to $3000 estimate, I felt the ultimate excitement, the excitement of cashing in. Hastening to the kitchen, to the shelf where the soup can had sat all those years, to check my modest treasure, I was stunned to realize how shabby it had become, how faded, Andy’s signature barely visible under a film of grease. I knew for sure it was worthless, and my heart ached. How could I have let that happen? How could I have exposed the can to the risks of everyday experience? How could I have just lived with it? Then the lightbulb went on: Worthless on the market, the can was still filled with memories--and they were still worth plenty.

Carl Belz is Director Emeritus of the Rose Art Museum, Brandeis University.
Posted by Carl Belz at 11:37 AM

Carl, Your tone in this piece is pitch perfect. For many of us who watched Pop from the front row (code for being over 50!) and were observers of that phenom rather than participants, its place in the art pantheon has been problematic. More than a love/hate for me, I just haven't known quite how to hold it all. Your article cleared a worthy spot for it in my head. Really great article. Thanks for this.