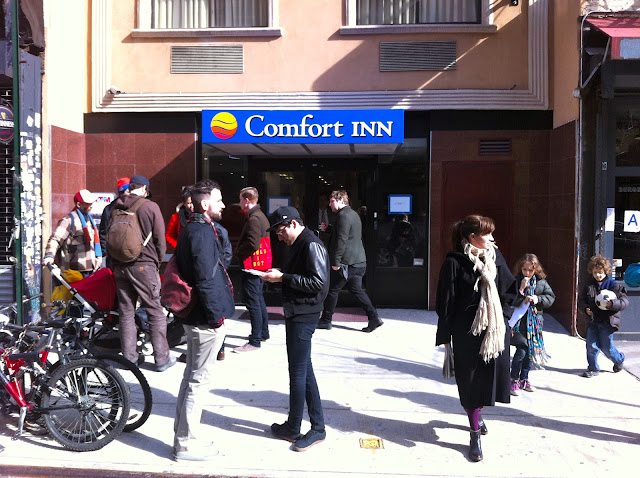 Will Brand (Art Fag City) and Jerry Saltz have good posts (i.e., I agree with them) on the Dependent art fair which took place in a cheap Comfort Inn on the Lower East Side March 10th — in the same week as the mammoth Armory Show. The tiny rooms were used as galleries and the art was installed everywhere: bathrooms, beds, dresser drawers. It was crowded, and people were amiable and playful. 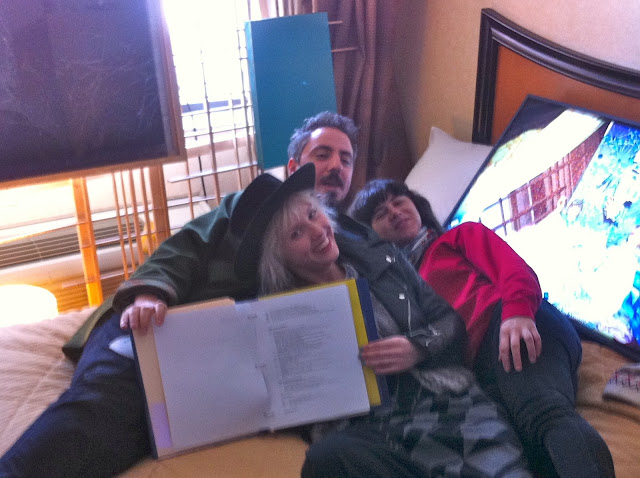 It reminded me of how the Armory Show has changed — and not for the better. The first Armory Show — not the very first 1913 one, the first art fair one — took place in a funky old hotel in Gramercy Park in 1994. There had never been an art fair in a hotel before, at least to my knowledge, and this was a blast. The rooms, hallways and stairways were packed with a lighthearted crowd. It was all very strange but all the more festive because of it. There was a sense that the art dealers were doing their creative best to promote their artists on a shoestring. Sure they wanted to sell art, but selling art didn’t seem like the ONLY thing. Now there isn’t even the pretense of anything else.

On a related manner, there's been a lot written about Damien Hirst manipulating the art market — one of the better posts is here. But one thing I haven't seen discussed as a contributing factor to the astronomical prices artists like Hirst, Richter and Koons have been getting is that there are more extremely wealthy people today then there have been since the age of the Robber Barons (many of whom were also art collectors). And the wealth of this group has gone up so much that the relative prices (of what they think is a scarce resource) have not increased all that much. To this growing number of billionaires, spending $3 million on a painting is like an ordinary person spending $300. This is what is driving the prices up, or at least is partly responsible for it. With a relative pittance, they can buy respect, power, prestige, whatever (or believe they can). It's a bargain!
Posted by Charles Kessler at 1:36 PM