A Culture-Filled Week in Jersey City

No sooner had I recovered from Bushwick Open Studios when Jersey City, my home base, came on gangbusters with a week of visual art, theater, opera, pop and classical music and modern dance. All of it, at least everything I saw, of a high professional caliber; and everything was free or cheap!

Earlier in the week, at the Mana Art Center, I saw: 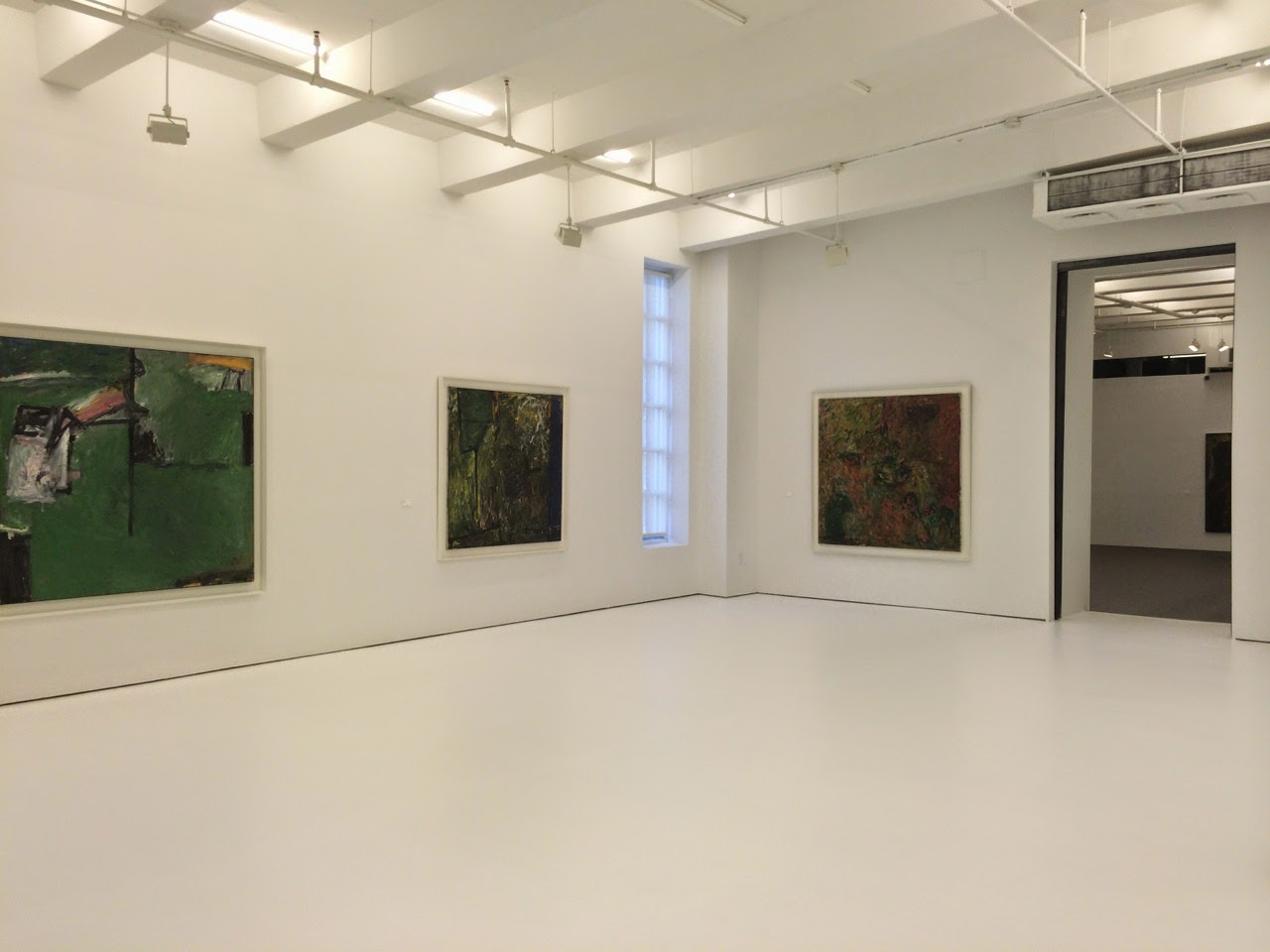 a large exhibition of atypical work, at least work I never saw before, by Judy Chicago;
a rare exhibition of all 26 of Picasso's typically masterful etchings he did to illustrate La Tauromaquia (The Art of Bullfighting), by José Delgado (until August 1st); and 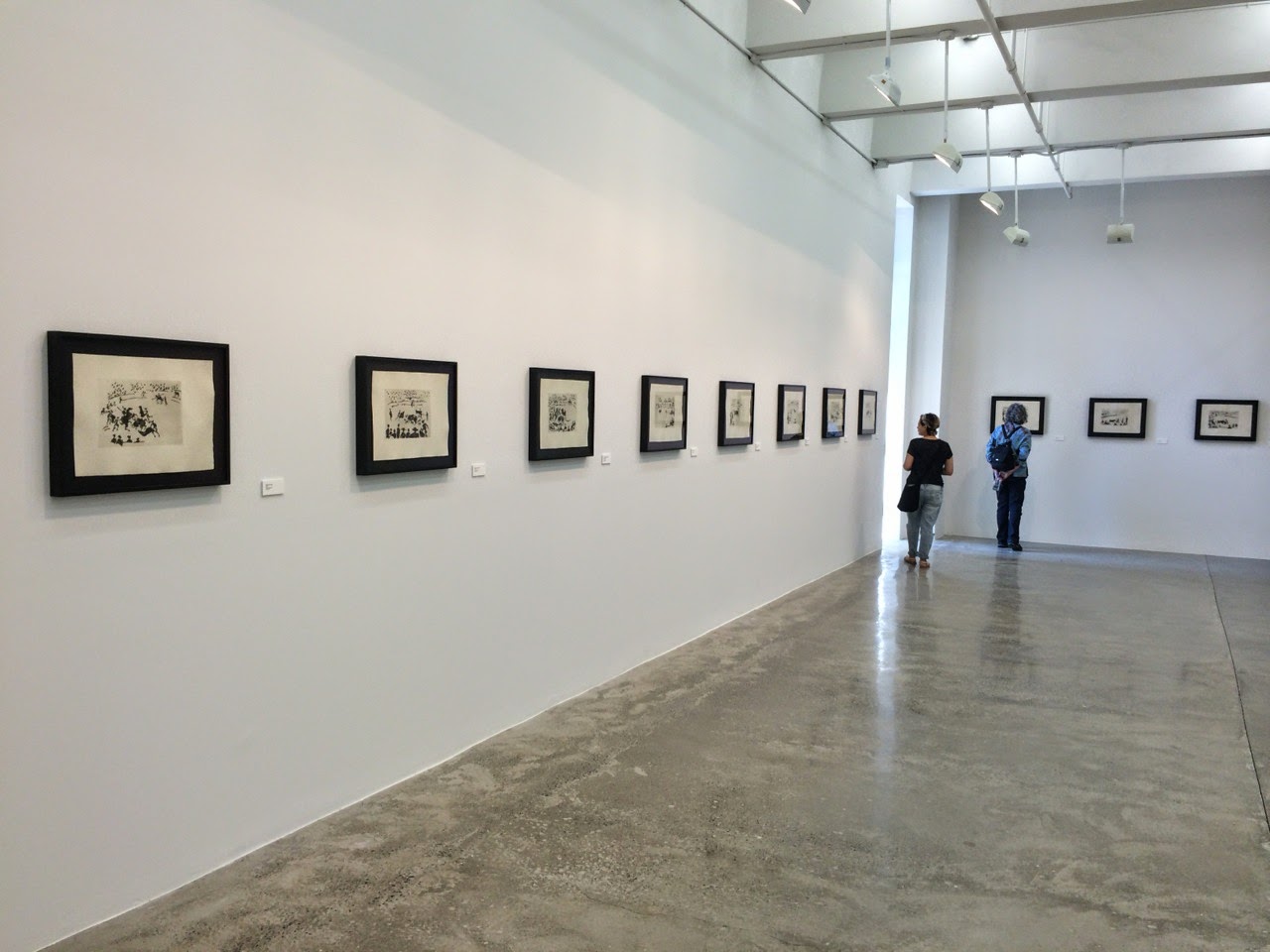 I'm sorry to say, a pretty thin exhibition of contemporary art, All The Best Artists Are My Friends, Part 1 (until August 1st), curated by artist Ray Smith in the Mana Glass Gallery. It's worth the trip, though, just to see this extraordinary 50,000 SF exhibition space designed by starchitect Richard Meier (who has a collection of his building models at Mana).
Also at Mana, but on another day, I saw a quirky new play by E. J. C. Calvert called "COMMIT," (it ended June 7th). I loved the dark humor and absurd situations that yielded insight into human interactions.  The play was expertly presented by Art House Productions, Jersey City's dynamic and energetic visual and performing arts nonprofit – I love them. More on them next.

***
Friday Art House Productions organized one of their quarterly day-long series of events (I counted 47 of them this time) called JC Fridays. They were spread out all over Jersey City, but I could only make it to a few of them in Downtown Jersey City. There were many excellent shows, but the highlight for me was the opening of the Village West Gallery.
This inaugural exhibition had an impressive group of artists: Jill Alexander, Joe Chirchirillo, Jessica Dalrymple, Robinson Holloway, Valeri Larko, Chris Manis, and Pamela Talese. And they served the best guacamole and chips I ever ate – certainly a good sign for the future of the gallery!

Many bars and restaurants had Pop music, but the only venue I was able to go to was Groove on Grove, a popular series of outdoor concerts in the Grove PATH Plaza that is supported by the Historic Downtown Special Improvement District. It was moved to Friday from its usual Wednesday to be part of JC Fridays.
Oh, earlier in the day there was one other JC Fridays highlight:

***
Saturday night was a grand production of selections from three Mozart operas presented by Liberty State Opera, a new opera company.
The four singers (tenor, Aaron Blankfield; baritone, Kevin Miller; and sopranos, Marie Putko and Molly Dunn, who also directed it) and the pianist (Peihard Chen) were all in authentic period dress (provided by James Crochet). I expected the singing to be good (and it was even better than that), but the staging, acting and costumes far exceeded my wildest expectations. And it was thrilling to see a first-rate opera production in such an intimate setting – the lobby of the Majestic, an old movie palace sadly left to ruin and now everything but the lobby demolished.


***
Also under the heading of great music in an intimate setting, last night (Sunday) Con Vivo, a Jersey City based chamber music group, presented their fifth annual Bach concert in the Barrow Mansion. The evening- length concert was performed by: Amelia Hollander Ames, viola and violin; Jing Li, cello; Dan Lippel, guitar; and Zach Herchen, saxophone – all experienced professional musicians. Guitar and saxophone might be odd instruments for Bach, but it worked beautifully.


***
Finally this afternoon I experienced what might be the ultimate in intimate art: a pas de deux in front of a local cafe. This was the first of a series of such dances, called Table for Two, that will be presented by Meagan Woods & Company.
They'll do it once more tomorrow (June 10th) between noon and 1pm, and Thursday, at the Warehouse Cafe, 140 Bay Street, also from noon to 1pm. Try to see them – it's a sweet and charming dance.

Phew, what a week!
Posted by Charles Kessler at 6:53 PM